Vicki here today....sharing a wee bit of St. Patrick's Day inspiration with you.
And, with any luck at all, I'll be celebrating the day with the someone special in my life! 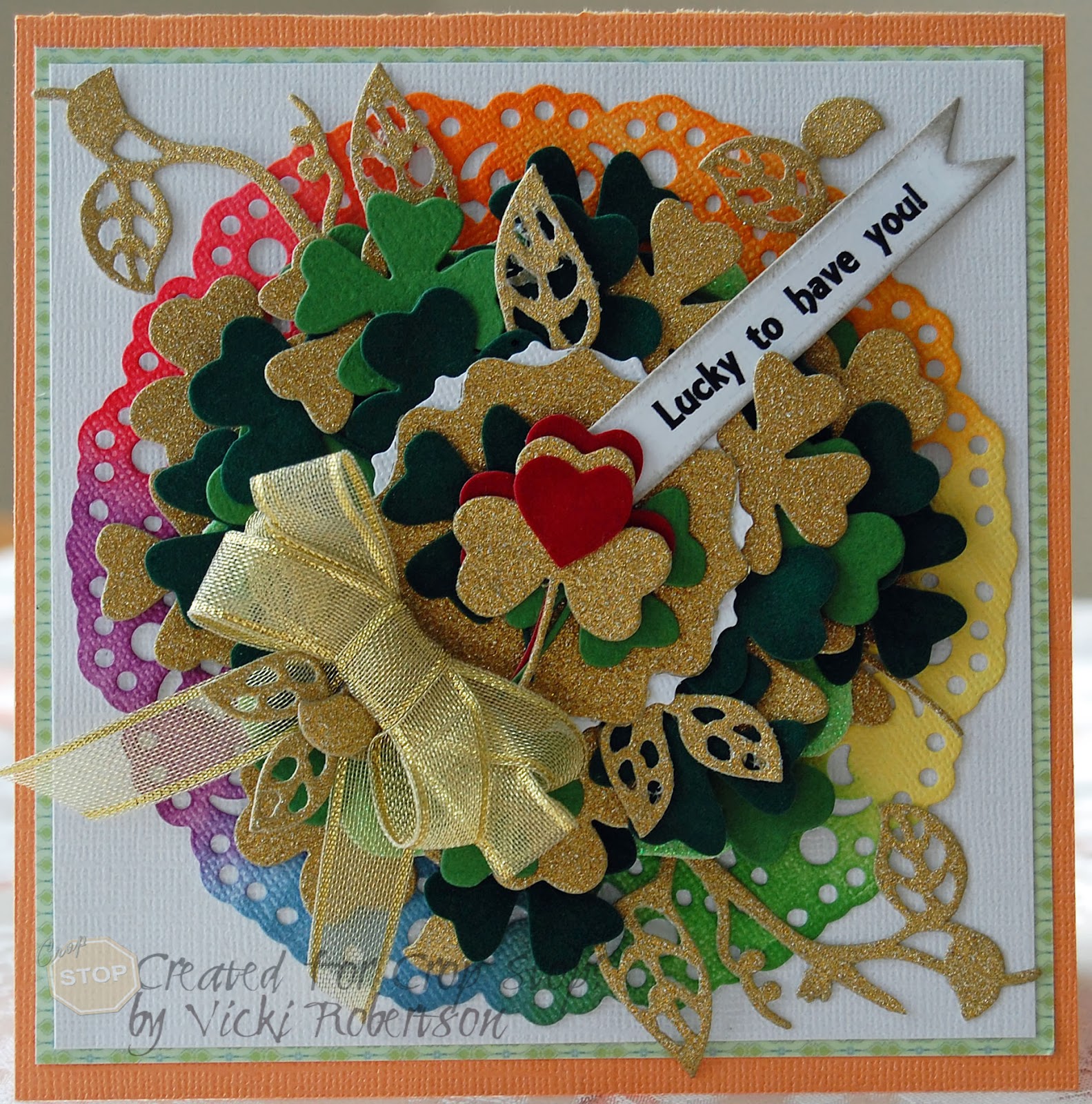 "Lucky to have you!"
Again, I have used a square base, which if you haven't read before, is my favorite!
There is something about creating on a square space that makes me happy.  It's like a mini scrapbook layout the takes on a life of it's own and doesn't have to go into an album!

I used cardstock matted with both a layer of patterned paper and more cardstock as the card base.  Next, I die cut the lace doily background for the bouquet from white cardstock using Couture Creations Les Fleurs Die.  It's inked in a rainbow pattern with distress inks.  I saved the negative piece cut from the center of the doily for use on the card later.  The bouquet base is next and cut from green glitter paper using the Couture Creations Nesting Rose Die.

The shamrocks and four leaf clovers are made from cardstock, gold glitter and velvet specialty papers with the Memory Box Lucky Leaves Dies.  I adhered them to the doily starting on the outer edge and working toward the center.  The different colors and textures are placed alternately throughout and I added dimension to them as I built the bouquet higher.  In the very center of the bouquet I added another smaller Couture Creations Nesting Rose Die-cut and matted it with the negative piece of the doily that I saved.  I tucked in gold vines around the outer edges of the doily and under the bow that were cut with Couture Creations Jasmine Dream Die.

The computer generated sentiment is cut with a banner die and inked with gold along the edges.  I tucked the it under a stack of clovers and shamrocks on top of the nesting rose die-cut.  For a pop of color and to emphasize the sentiment, I made two shamrocks from red velvet.  One is stacked under the gold shamrock and I cut the heart shape on top from the other.  The final touch to the bouquet is a gold mesh bow that I made using my Craft-Dee BowZ Bow Making Tool. 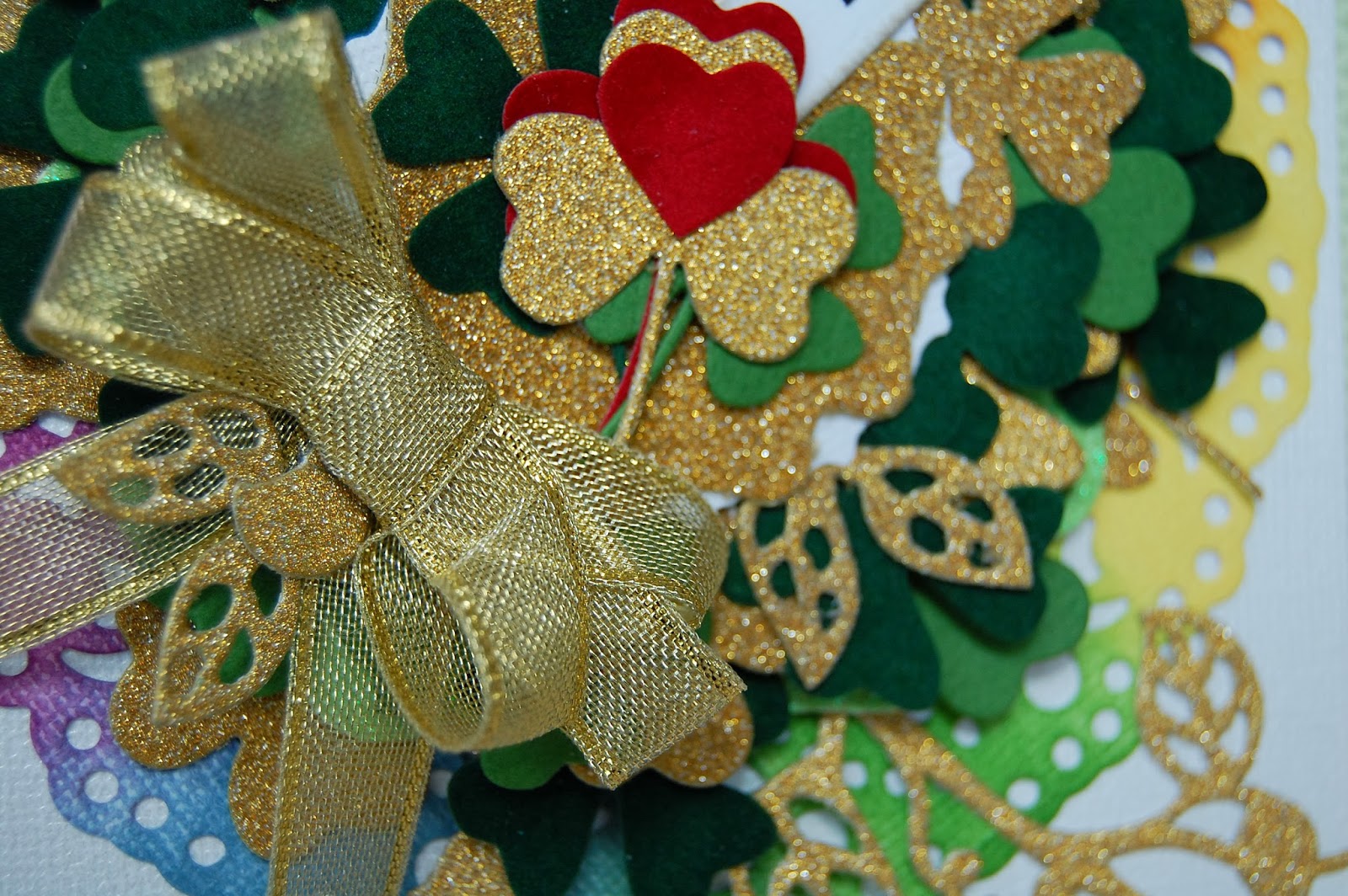 I love the contrast between the gold, green and red that is so evident in this close up.

Thanks for stopping by to share my St. Patrick's Day inspiration!
Vicki

Shop at CropStop, the stopping place for paper crafters, scrapbookers and card makers.
Use our blog discount code, BLOG, for 10% off your total purchase over $30.
Posted by Vicki at 7:00 AM 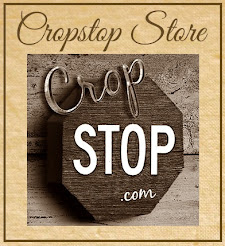 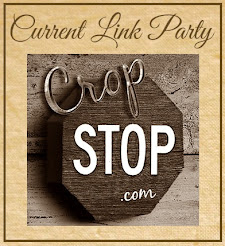 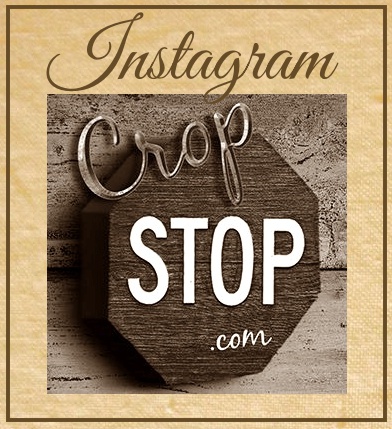 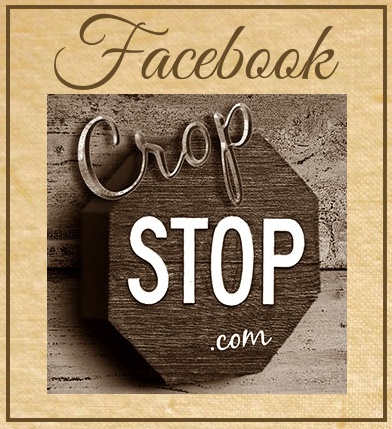